Talk and Discussion with comrades from  Fabrika Yfanet Squat Thessaloniki 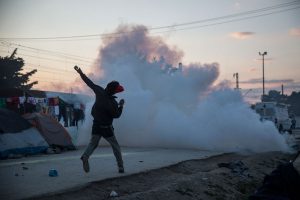 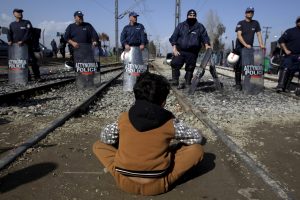 A refugee stands in front of a Greek riot police cordon during a protest at the Greek-Macedonian border, near the Greek village of Idomeni, March 1, 2016. REUTERS/Alexandros Avramidis TPX IMAGES OF THE DAY

About the situation in greece from 1990 until now, the struggles of the migrants and some struggles about the anarchist/solidarity movement and the No Border Camp and the eviction of the three squats in Thessaloniki 2016.
Come all